Night Like This! local heroes series is back this week, with Herman 3hr set + Goodbar favourites Rachel May, Jungle Snake & Pink Lloyd on warm up duties

Herman spent his formative years floating above the Indian Ocean in a blimp. Like Rapunzel in her solitary fortress, the young boy would flip his golden hair from his bright blue eyes and do the only thing he knew to do: play to himself and his cohort of fist-pumping imaginary friends. One day, shortly after graduating from imaginary DJ school, Herman’s airborne home collided with a passing flock of seagulls causing it to plummet violently to the earth with an almighty untz.

As luck would have it, the little prince had landed in the motherland of dance music, the heart chakra of the universe, the island of Ibiza. The thronging crowds parted like the Red Sea and there at the end of the human tunnel under a radiant ray of white strobe light emerged demi-god Seth Troxler. At that moment, to paraphrase Melanie C aka Sporty Spice’s 1999 banger, Herman knew things would never be the same again.

From then on, Herman and Seth would travel the world fighting bad guys and spreading holy energies through the healing vibrations of techno and deep house. This year, the two boys spent eight long, hot days and freezing nights climbing the face of Mount Kilimanjaro to raise money for cancer research, and in the nights separated by oceans they would telepathically discuss plans of world domination and future parties playing together (you can catch them at Circoloco Sydney this coming December).

On his own, Herman has been lurking on the international dance circuit for close to 15 years, coming and going as he pleases, playing at private parties in London and LA to Coachella and Burning Man. It’s not often that the guy plays at public events. Some say it’s because he suffers from a severe case of stage fright. Others pin it down to a mild bout of insouciance. Whatever the reason, expect to see more of the man, the myth, and the enigma as he emerges from a 10-year hiatus of spiritual enlightenment. Herman’s back, baby. 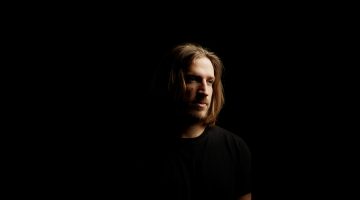