Every bedroom producer fantasises about getting props from their hero, but for Jeremy Olander it became a reality when he opened his inbox one morning to find an email from Eric Prydz’s management.

The Pryda main man and fellow Swede had been passed one of Jeremy’s tracks and was so impressed he signed the 23-year-old producer for a three-release deal on his Pryda Friends label.

Jeremy has gone on to forge an impressive career for himself and as a valiant advocate of modern progressive house and its transferable underground tendencies, you would struggle to find an artist more illuminated on the global club circuit. But with a journey that started in North America and that found its peak among Sweden’s fertile house elite, it comes as little surprise that the Pryda protégé has made such sharp professional and geographical maneuvers throughout his zestful career.

In March this year Jeremy had a chance to show Australian audiences just why he is held in such high regard when he supported Eric Prydz on his exclusive sideshows. Now he is back for his own headline tour! 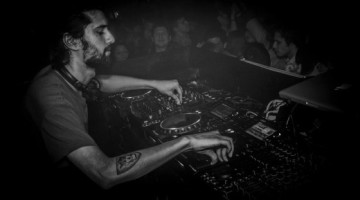 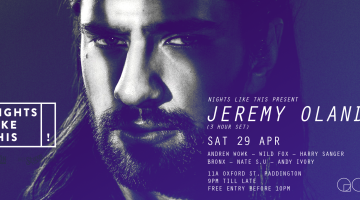